HOUSTON (January 18, 2019) — Surgeon and researcher Frederick L. Grover, MD, of the University of Colorado, was awarded the 2019 John P. McGovern Compleat Physician Award by the Houston Academy of Medicine and Harris County Medical Society during a ceremony held Friday night in Houston, Texas.

“This is a great honor—one made possible by all of the people I work with, including my wife Carol, my family, my University of Colorado colleagues, The Society of Thoracic Surgeons, Duke University, and my parents—my role models who showed me the importance of working for the good of everyone, no matter where they live or what they do,” said Dr. Grover. 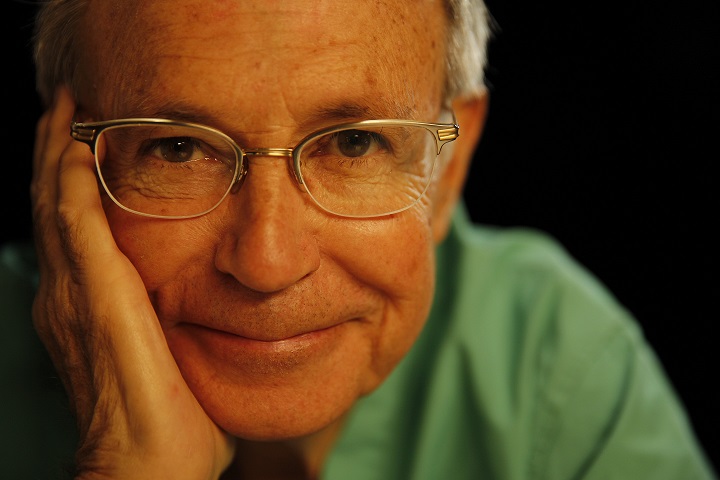 “Dr. Grover has made enormous and wide-ranging contributions to society, which include much more than just his surgical practice. He also has made a difference outside of the operating room through teaching, mentorship, groundbreaking quality improvement initiatives, research, government service, assistance to allied health specialties, and volunteerism,” said STS President Keith S. Naunheim, MD, from the Saint Louis University Medical Center. “The Compleat Physician Award was established to recognize the ‘multi-accomplished’ physician, and it would indeed be a challenge to find a physician who has contributed more to society, in more spheres of activity and with as much intensity, enthusiasm, and ingenuity, as Dr. Grover.”

An STS member since 1974, Dr. Grover was the Society’s 2006-2007 President. He also was among a group of surgeons who created the STS National Database™, which launched in 1989 as an initiative for quality improvement and patient safety among cardiothoracic surgeons, and has since been called the international gold standard for clinical outcomes databases. Dr. Grover served on the STS National Database Committee for 13 years and as Chair of the STS Workforce on National Databases. In addition, he played a leading role with other STS quality initiatives and served as Vice Chair of the steering committee for the STS/American College of Cardiology Transcatheter Valve Therapy Registry (STS/ACC TVT Registry™), an outcomes database launched in 2011. Dr. Grover currently is a member of the STS Workforce on Health Policy, Reform, and Advocacy, as well as the National Quality Forum Surgery Standing Committee. He also has shown extraordinary dedication to other professional medical societies, exhibiting leadership at the highest levels.

An accomplished researcher, Dr. Grover has authored or co-authored more than 340 published manuscripts and book chapters. He was one of the principal investigators on the Randomized On/Off Bypass (ROOBY) trial, which examined on-pump versus off-pump coronary artery bypass grafting (CABG) surgery. The long-term ROOBY trial involved 14 centers and resulted in significant changes in clinical practice. Dr. Grover also was a key participant in a joint project between STS and ACC known as the ASCERT Trial. This groundbreaking trial compared long-term outcomes between percutaneous coronary intervention and CABG.

Throughout his life, Dr. Grover has been passionate about serving others. In addition to being a Lieutenant Commander in the United States Naval Reserve, Dr. Grover volunteered for many decades with the Boy Scouts of America and various Rotary clubs. He also is involved with his church and recently completed his 11th annual medical mission trip to Nepal, where he has helped enhance surgical care at two cardiac centers in Kathmandu over the past 18 years.

“Being the fourth cardiothoracic surgeon to receive this award reflects positively on our specialty and counters the belief that cardiothoracic surgeons are not able to have lives outside of work,” said Dr. Grover. “This honor shows the importance and possibility of finding time to spend with family, participate in the community and social causes, and become involved in global activities.”

The award, established in 1993, recognizes a physician whose career has been founded on the Oslerian ideals of medical excellence, humane and ethical care, commitment to medical humanities and writing, research, and harmony between the academician and medical practitioner. These characteristics were exemplified by the life of Sir William Osler, who is revered worldwide as the “Father of Modern American Medicine.” The award is named after its first recipient, Dr. John P. McGovern, who founded the American Osler Society.

“STS cannot imagine a more appropriate recipient than Dr. Grover for this esteemed award,” said Dr. Naunheim. “This recognition caps off a career that will serve as a model for cardiothoracic surgeons and other physicians for generations to come. The John P. McGovern Compleat Physician Award is a fitting tribute to both a remarkable career and a life well spent.”