On October 31, 2019, the article, “Discrimination, Abuse, Harassment, and Burnout in Surgical Residency Training," was published in The New England Journal of Medicine.

Dr. Tom Varghese describes the article findings, what they mean for the specialty, and his view on the topic of discrimination, abuse, and harassment in cardiothoracic surgery training. 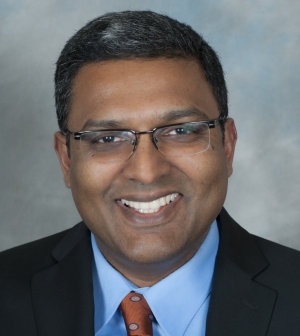 Throughout history, every generation has been nostalgic about its formative years, and sadly dismissive toward the generations that follow them. This is especially true when surgeons are poetic about their “good old days” of training, and think that those who follow them are not as skilled.

More than 100 years ago, William Stewart Halsted, MD, established a graduate training program for surgeons, based on the German system, at the Johns Hopkins Hospital in Baltimore. In this program, trainees had to be available 24 hours a day, 7 days a week, and received “graduated” responsibility with each advancing year.

Enter the pyramid—a Machiavellian framework of training with no set length that was characterized by a large number of junior assistant residents and assistant residents and only one trainee—called “the resident.” As trainees advanced, they would adopt increasing responsibility, but promotion was not guaranteed and not all assistant residents advanced to the top post. Decisions for advancement were made via a process with little room for course-correction and performance remediation. What happened to those who were not chosen? We have no idea.

Until the middle of the 1990s (you read that correctly), many surgical residency programs were pyramidal, with more first-year categorical interns taken in than chief resident positions. In 1996, the Residency Review Committee for Surgery formally prohibited pyramid programs, but we know that the practice continued covertly for a few years later1.

The path to becoming a surgeon is notoriously difficult. Not surprisingly, a trademark of surgical training programs is long work hours with infrequent flexibility. Historically, clinical service demands took up a large portion of the training program, with less emphasis on didactics. Work hour restrictions initially championed in New York State in the 1980s became a mandate in 2003. Yet with all of the hand-wringing about “how to train surgeons in 80 hours a week,” according to several studies, the reality is that restriction in work hours has not affected the quality of patient outcomes, and that graduating residents are competent in clinical practice.

So why do I bring up both the pyramid and long work hours? The field of surgery has been associated with a stereotypical culture, immortalized in multimedia. The surgeon epitomized by this culture is ruthless, relentless, and rigid about his (yes, a ‘he’ who is the majority) approach to life. He has no time for feelings. It’s all hands on deck for the tasks at hand, take no prisoners, never stopping to reflect at the carnage that has been left by the wayside.

There is a massive drawback to this culture. And this is at the core of the amazing study done by the team led by Northwestern surgeons Dr. Yue-Yung Hu and Dr. Ryan Ellis, senior author Dr. Karl Bilimoria, as well as collaborators from the American College of Surgeons, the American Board of Surgery, and the Accreditation Council for Graduate Medical Education2. In the study published in the New England Journal of Medicine, a cross-sectional national survey of general surgery residents was administered alongside the 2018 American Board of Surgery in-training exam, with the goal of assessing mistreatment, burnout, and suicidal thoughts during the prior year (burnout being evaluated with the modified Maslach Burnout Inventory). The response rate was an incredible 99.3% of all surgical trainees (7,409 residents) from all 262 surgical residency programs, and 39.6% (2,935 residents) were women. The results are sobering:

The major sources for this atrocious behavior:

What is the result of this toxic culture? Burnout and suicidal thoughts.

It is a privilege to care for patients. It is not a God-given right. We need to embrace comprehensive efforts to eliminate racial discrimination, harassment, and abuse in our field.

Mind-boggling results. There was a glimmer of good news: a substantial number of programs with very low rates of mistreatment. The authors announced that this will be the focus of investigation in the Surgical Education Culture Optimization Through Targeted Interventions based on National Comparative Data – aka the Second Trial (ClinicalTrials.gov number, NCT03739723). Sharing best practices from these programs, and designing effective interventions to improve training program culture may indeed be a good path forward.

In summary, these are my thoughts: