CMS Reopens NCD for CT Lung Screening: There Is More at Stake than Just Lungs

Following the US Preventive Services Task Force announcement expanding the inclusion criteria for lung cancer screening, STS joined forces with the American College of Radiology and the GO2 Foundation for Lung Cancer in urging Medicare coverage for this larger population. The Centers for Medicare & Medicaid Services responded on May 18, 2021, by reopening its National Coverage Determination for low-dose computed tomography lung cancer screening and currently is accepting public comments.

Dr. Rob Headrick describes the importance of the revised guidelines and the role of cardiothoracic surgery in leading the charge and helping to save more lives.

(June 1, 2021) — The greatest opportunity for our specialty to save lives is lung cancer screening. Not only can it help identify lung cancer in its earlier and more treatable stages, but lung CT also provides a wealth of data and information on each patient. By looking at the whole scan, we have the opportunity to improve population health and make an even bigger impact on the communities we serve. 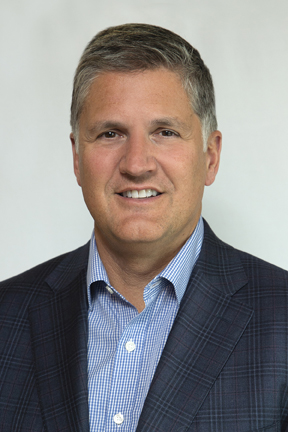 In May 2021, The Society of Thoracic Surgeons teamed up with the American College of Radiology and the GO2 Foundation for Lung Cancer to ask the Centers for Medicare & Medicaid Services (CMS) to revise its National Coverage Determination (NCD) on lung cancer screening to include the newly expanded guidelines released by the US Preventive Services Task Force (USPSTF). This is the first update by the USPSTF since 2013, continuing its original “B” grade recommendation for lung screening, but lowering the recommended starting age to 50 and decreasing the smoking amount to 20 pack-years. Without CMS updating its NCD, those who fall into the newly expanded risk group would not have payment for these scans.

Who Is Included and Why Is This a Priority?

In my home state of Tennessee, one person dies of lung cancer every 2 hours. The current lung cancer screening guidelines leave out nearly two-thirds of potential lung cancer cases in our state and unintentionally exclude many women and black males who are prone to developing lung cancer at an earlier age and with less smoking history. The new guidelines would nearly double the eligible population for screening in our community and would increase eligibility by 6.4 million nationally. This simply means more lives could be saved.

Updating the NCD for lung cancer screening helps alleviate one of the barriers that keeps eligible patients from adopting lung screening as a yearly exam—the cost. Others include geographical barriers limiting access for rural patients, lack of priority placed on this screening exam by our primary care colleagues, screening fatigue, and the fear that comes from the scan itself. These are all issues that we need to address.

A research group from the Cleveland Clinic published in JAMA Oncology a modeling study suggesting that lung screening is the single most beneficial screening test in eligible women. This is due to both the significant survival benefit from lung cancer in women and the possible insight gained into an individual’s genetics playing out at age 50. We’ve known from the National Lung Screening Trial (NLST) that there was a 7% reduction in the study group’s overall mortality.

Low-dose CT Lung screening gives us these data, and through software advancements, we now can quantify coronary artery disease burden. What’s more, researchers at several institutions have validated the benefit of adding a non-gated coronary artery calcium score on the NLST CT database.

In our lung screening program at CHI Memorial, we include a non-gated low-dose coronary artery calcium score with each lung screening exam, offering cardiovascular risk management strategies to those who do not have a primary care physician. Others have shown using visceral fat measurements from the CT to predict myocardial infarction and stroke risk. Measurement of pericardial fat volume also has been associated with identifying patients who are at a higher risk for heart failure. Utilizing these data to reduce overall mortality risk in high-risk patients could improve more than lung cancer mortality.

STS and our thoracic surgery colleagues are now poised to do the same for lung cancer, shifting the diagnosis from a likely death sentence to one that can be effectively treated and even cured.

With CMS's approval of lung scans for this expanded risk group, there is no doubt we can reduce the mortality associated with lung cancer and other dangerous health conditions, improve the health and quality of life for a large portion of the population, and save even more lives.