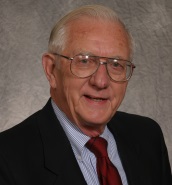 One of the Society’s most dedicated members passed away on November 14, the day after his 90th birthday.

Born in Alabama, Dr. Rainer earned his medical degree from the University of Tennessee in 1948 before completing an internship at Wesley Memorial Hospital in Chicago. He then served in the Korean War as a First Lieutenant in the Army Medical Corp, receiving the Bronze Star and Combat Medical Badge.

Following his military service, Dr. Rainer moved to Colorado, where he would spend the remainder of his life. He completed residencies in surgery and thoracic surgery at the Denver VA Hospital. In 1959, he was the first to complete a fellowship in thoracic and cardiovascular surgery at the University of Colorado. He ascended through the ranks at the University of Colorado, where he was active in the operating room and had a thriving research practice.

STS Past President Frederick L. Grover, MD had a long friendship with Dr. Rainer, beginning when Dr. Grover was a general and cardiothoracic surgery resident in the 1960s.

“I remember well one of my first procedures was closing a patent ductus with Jerry as the faculty attending assisting me, and he made it a very easy operation,” Dr. Grover said. “Jerry was not only a superb surgeon and leader within his institution, but also made time to be an important leader in STS and other professional societies. This takes a very special effort by someone with a very busy private practice.”

In his 1991 Presidential Address, “Profiles of Leadership in Thoracic Surgery,” Dr. Rainer outlined the characteristics shared by the Society’s leaders, including loyalty, excellence in clinical practice and education, adaptability, dignity, and compassion.

“Compassion is a trait that should accompany us certainly from the time we enter medical school and should serve as one of the strongest forces directing our relationships with others. This involves not only the compassion that we should have for our patients but for all of humanity,” Dr. Rainer said. “We, as physicians and thoracic surgeons, cannot afford to look the other way when there are such compelling social issues facing us at every turn.”