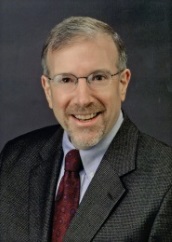 STS News, Winter 2017 -- Regular readers of this space (both of you, not counting members of my family) know that I regularly use this issue of STS News as an opportunity for a personal “year in review” and “what’s on deck preview” from the vantage point of an STS staffer who has witnessed a lot over the course of these past 30 years working with and for the Society. Those who are really attentive also know that I see much of life through the prism of professional sports. And so, it is no surprise that as I simultaneously look back on 2016 and ahead to 2017, I see a parallel between this organization and a striking trend in the National Basketball Association: picking up the pace.

This story fittingly begins on Friday evening, January 22, 2016, the eve of our 52nd Annual Meeting in Phoenix, when I received a text message from Cousin Amy: “Did you hear? The Cavaliers just fired David Blatt!” This news of a coach’s dismissal came as something of a shock, as my hometown basketball team possessed a 30-11 record at the time and was solidly on top of the NBA’s Eastern Division. The next shock coming out of Cleveland occurred 2 days later, after newly appointed head coach Tyronn Lue had lost his first game; he lamented that the team was “out of shape” and would not achieve its full potential until its players were physically able to pick up the pace.

The rest, as they say, is history. The Cavaliers—led by LeBron James—proceeded to meet Coach Lue’s demands, picked up the pace, and won the NBA championship in dramatic fashion, bringing a major sports crown to Cleveland and ending a 52-year drought.

Either the stars were magically aligned that January weekend in Phoenix or newly elected STS President Joe Bavaria and others within the Society’s surgeon leadership were listening to Tyronn Lue. As evidenced in these pages throughout the course of the STS year now ending, as well as in our STS Weekly e-newsletter, on www.sts.org, and through social media and our other communication vehicles, this has been a year of enhanced pace, starting with the Board of Directors’ adoption of a new strategic plan in Phoenix and extending to such achievements as the launch of a new patient website (www.ctsurgerypatients.org), the expansion of the STS Research Center (including the rollout of a game-changing PUF Program and a new Business Plan; see related story), and the enactment of a US law that includes STS-driven language on “clinician-led clinical data registries” (see December 2016 issue of Advocacy Monthly).

This acceleration of the pace has even translated to our corporate life, where the dial was turned up a notch or two in 2016 with the Society’s merger with the Joint Council on Thoracic Surgery Education and our reorganization/expansion of the STS governance structure that added a fourth Council. Even our admission of Active and International Members occurs more rapidly now, with three opportunities for applicants to be admitted by the Board of Directors each year pursuant to a Bylaws amendment approved by the membership in Phoenix.

Students of the NBA who are reading this column know that Tyronn Lue was definitely on to something when he brought a new philosophy of accelerated pace to the Cleveland Cavaliers last January. The entire league appears to have heeded his call, and both pace and scoring are up—way up—throughout the NBA a year later.

And so it is with The Society of Thoracic Surgeons. In line with the plan adopted by our Board in Phoenix, strategic initiatives are well under way in the spheres of database optimization (with exciting developments in process for 2017 as to both functionality and scope; see related story), education (where we will be rolling out a new symposium on robotic mitral valve repair this spring in Chicago, just a few weeks after our second annual ECMO course in Tampa), and globalization (with a number of initiatives aimed at serving the global interests of all cardiothoracic surgeons and their patients).

There are of course risks and challenges associated with this world of accelerated pace, as well as benefits and opportunities, whether in professional basketball or in cardiothoracic surgery. In that context, I am looking forward to reading New York Times writer Thomas L. Friedman’s recently published book, Thank You for Being Late: An Optimist’s Guide to Thriving in the Age of Accelerations. The jacket note accompanying this book indicates that it “serves as a field manual for how to . . . think about this era of accelerations. It’s also an argument for ‘being late’ – for pausing to appreciate this amazing historical epoch we’re passing through and to reflect on its possibilities and dangers.”

On behalf on the entire STS staff, I hope that the holiday season now ending has afforded you adequate opportunity to “pause and reflect,” particularly on the good things in life, as all of us prepare for what undoubtedly will be another year of accelerated pace. We wish you and yours the best for 2017, and look forward to seeing you soon for a special 53rd Annual Meeting in Houston!