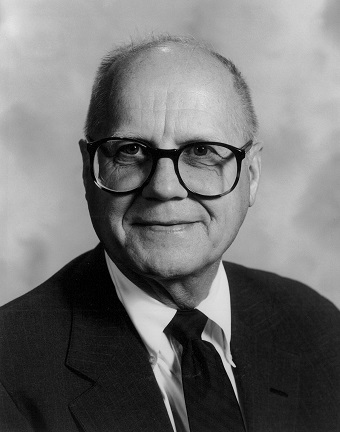 A cardiothoracic surgeon described as “beyond remarkable” passed away on July 1 at the age of 91.

George C. Kaiser, MD, became the Society’s 32nd President in 1997 after having served 5 years as Secretary. An STS member for more than 40 years, he also held positions on numerous committees and workforces. In addition, Dr. Kaiser was president of both the Southern Thoracic Surgical Association and the Saint Louis Thoracic Surgical Society.

STS Past President Keith S. Naunheim, MD, had a long friendship with Dr. Kaiser, beginning with their early days at SLU. “George Kaiser began his career at the dawn of cardiac surgery and, thus, like others of his generation, had to be an intrepid and innovative pioneer in the operating room. He once told me, ‘We just had to make it up as we went along.’”

While at SLU, Dr. Kaiser was chief of surgery at the Veterans Administration Hospital, director of the Perfusion Technology School, and chief of cardiac surgery at St. Mary’s Health Center. He also established the SLU Division of Cardiothoracic Surgery and served as its chief. Perhaps most notable during his long and rewarding career at SLU, Dr. Kaiser was a part of the team that performed the first heart transplant operation west of the Mississippi in 1972.

A master storyteller, Dr. Kaiser taught his students and colleagues by sharing stories of his childhood, college, medical school, marriage, family, and medical practice. He was known for often saying, “If you do what you love, you never have to work.” And he did exactly that, performing surgeries until age 70.

“Dr. Kaiser was able to assemble a world class division of cardiothoracic surgeons from the ground up,” said Dr. Naunheim. “His department was productive clinically, academically, and educationally. He directed both the CT surgery and perfusion training programs, produced hundreds of articles and book chapters, and kept a grueling operative schedule day in and day out. It was like watching a world class juggler keeping six balls in the air at once. And he did it all with a wink and a smile."