President's Column: Man – Did It Fly By or What? 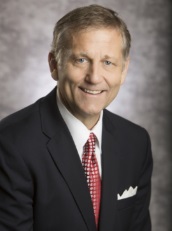 STS News, Winter 2019 -- I realized I had come to the end of my presidential year and still owed the Society one column’s worth of “wisdom,” but had no idea what to tackle. To help inform my choices, I first reviewed my past editorials. My first column dealt with the issue of gender bias, and my second was about the Society’s appropriate role in the opioid crisis. So to summarize:

I initially started down that path and actually picked appropriate rock songs for each cardiothoracic subspecialty (see the end of the column for my choices). Then I decided I probably needed to be just a little more mature… for a change.

While reminiscing about the last year, I was reminded about the amount of time and effort required of the STS President and, God knows, I would love to be portrayed as a selfless martyr in the service of a greater good (Saint Keith?). But the real, less altruistic motivation is finally being given the chance to lead. And make a difference. Though our specialty includes surgeons who vary in age, gender, religion, and ethnicity, we all share one characteristic—we are all alpha personalities who want to be in charge and recognized as leaders. There is no small amount of pride (read “ego”) in being elected as the “Big Dog” of an organization, and any president who says that’s not true is likely fooling him/herself. But after the first month or so, the bloom comes off the rose and you realize that the real joy comes when you get to really make a difference on a larger scale, not just for yourself or your department or your hospital, but for your specialty. To be given that chance is, in and of itself, a great gift; one for which I am grateful. In preparing this column, I was reminded of a quote from the recently deceased President Bush 41: “There could be no definition of a successful life that does not include service to others.”

Has this last year been “successful”?

In 2018, we integrated the Intermacs LVAD registry into the STS National Database, culminating an effort spanning 4 years. In addition, the Society began to confront two major issues by conducting surveys to determine the current status of gender bias, as well as the patterns of opioid utilization within the specialty; these surveys may be just the first steps, but you can’t address a problem until you have begun to understand it. Our organization is collaborating with international cardiothoracic surgical societies to jointly provide significant education opportunities for both cardiac and thoracic surgeons in Latin America, hoping to offer affordable courses to surgeons who otherwise would be unable to attend. Domestically, the Society has continued its major education efforts by assisting our members in upgrading their skills with regard to percutaneous valve placement, mechanical circulatory assistance, and robotic surgery.

The real joy comes when you get to really make a difference on a larger scale, not just for yourself or your department or your hospital, but for your specialty.

On the political front, we were a major player in reversing the move toward a CABG bundle and made significant strides in connecting data in the STS National Database with Medicare data, a step that would enable us to establish the true cost effectiveness of our procedures. And efforts in conjunction with the ACC and CMS have helped ensure our ongoing participation in percutaneous valve procedures for the foreseeable future.

Finally, the charitable arm of STS, The Thoracic Surgery Foundation, has provided a record amount of funding (nearly $900,000) for cardiothoracic surgery research. In addition, TSF continues to underwrite multiple philanthropic cardiothoracic missions to underserved populations throughout the world.

In just a few weeks, I will get to stand on the podium, deliver a Presidential Address heralding these accomplishments, and nominally take a bow. But I know the real truth, as does every president before me. While we get to act as the face of the specialty, we cannot take credit personally for those accomplishments. We are privileged for a 1-year period of time to be the caretaker of a well-oiled and efficient machine comprising hundreds of volunteer surgeons and staff. They are the ones who do all the work, and they are the ones who deserve all the credit. Let me take this opportunity to thank all of you who, throughout the year, have given your Blood, Sweat, and Tears (rock and roll analogy) to make my presidential year both successful and gratifying. I owe you a huge debt of thanks… as do all of our members and their patients.

Happy New Year to you all.

Answers to rock and roll quiz:

Adult Cardiac: “The Heart of Rock & Roll,” Huey Lewis and the News

General Thoracic: “Every Breath You Take,” The Police

Congenital: “A Hole in My Heart,” Cyndi Lauper