Executive Director's Column: On the Way Out 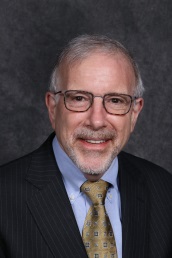 STS News, Winter 2019 -- On January 30, 2012, Mike Mack delivered his STS Presidential Address, titled “If This Were My Last Speech, What Would I Say?,” to an SRO audience at the Society’s 48th Annual Meeting in Fort Lauderdale. To no one’s surprise, Mike knocked it out of the park, touching on themes of pride in being a thoracic surgeon, innovation in the specialty, and collaboration.

As I now prepare to exit the stage as the Society’s chief staff officer in March and compose this final column for STS News, I find myself confronted with a variation on Mike’s topic—just as Keith Naunheim did in his final column as STS President (see page 2); my apologies at the outset for the double-dose of memory lane in this edition, but it couldn’t be avoided.

As we all confront endings, it’s a simple matter of human nature to instinctively recall beginnings. My personal STS beginning occurred in 1987, as one of the Society’s outside attorneys working to secure protections for the organization and its leaders conducting a peer review of a Pennsylvania cardiac surgery unit (the STS peer review program having been a precursor to the National Database in terms of distinguishing the Society among all US medical specialty societies). The real beginning for purposes of this column, however, came on June 1, 2002, when I became an STS employee as the organization began its era of self-management.

Things were not so rosy on June 1, 2002, for the organization or for the specialty. STS financial reserves recently had shrunk, with back-to-back years of substantial losses from operations; moreover, the specialty itself was staring at significant challenges—the volume of PCI procedures was rapidly growing while the volume of CABG procedures was heading south, the federal government was reducing reimbursement for the entire specialty (and threatening to do so even more dramatically), and fewer medical students were seeking thoracic surgery residency positions.

It was against this backdrop that I went for a run with then STS President Bill Baumgartner just a few months into my new job, while attending an American Society of Association Executives CEO Symposium in Tysons Corner, Virginia. Whether in an attempt to bolster my newly informed/alarmed spirits or just as a function of his eternally optimistic nature, Bill could not have been more positive about the future of thoracic surgery, regaling me with lessons of its past as a specialty that consistently continued to thrive, even after the diseases that had contributed to its growth were in retreat. This positive, can-do spirit of thoracic surgery was also in evidence 4 years later, when Fred Grover chimed in with a 2007 Presidential Address titled “The Bright Future of Cardiothoracic Surgery in the Era of Changing Health Care Delivery,” just as the specialty was by some measures hitting bottom.

Thankfully, both the organization and the specialty have persevered and succeeded since those early days of my tenure. That said, all is not rosy for thoracic surgery as we enter 2019 (is it ever?). The hospital employment model has taken hold in the United States, with many of its longer term ramifications still unknown; competition within the specialty has only increased with the advent of third party rankings that capture the public’s (and hospital administrators’) attention; quality vs. access questions abound; and thoracic surgery—like the rest of medicine—remains vulnerable to the whims of political forces beyond its control, in Washington and throughout the world. With insight gained over the course of 16+ years since that run with Bill, however, I too am confident that thoracic surgery is well-equipped to successfully face these and other challenges going forward.

As for the organization, I would like to think it’s in a better place in 2019 than it was in 2002. And for that, the list of people I wish to acknowledge and thank is simply too long to detail here. I will, however, take the prerogative of highlighting a few, as is customary in farewell columns like this one. Special thanks go to Mark Orringer, for being a role model for the kind of professional I’d want to work closely with and for if I were to leave my private law practice; to the late Gordon Murray for composing a well-timed “carpe diem” editorial for CTSNet that inspired me; to Doug Mathisen, for articulating in my initial STS job interview a new vision of partnership for STS volunteer leaders and staff that has sustained me and my now-70+ colleagues in an environment of mutual respect and collaboration; to all of the other Presidents, Secretaries, and other volunteer leaders with whom I’ve been privileged to work closely; to Cheryl Wilson, for being my professional partner since agreeing to serve as the legal secretary for a reputably tough customer in 1997 and then taking that pivotal plunge with me to a new career 5 years later; to the rest of our terrific STS staff, past and present; and to an engaged and loyal membership, without whom there would be no STS.

And so to answer Mike’s question as it pertains to this column—and as is particularly fitting with the holiday season now coming to an end, I will say what Fred Grover (perhaps the best ambassador for the specialty and the Society I’ve encountered since 1987, and winner of the Houston Academy of Medicine’s 2019 John P. McGovern Compleat [sic] Physician Award for “extraordinary contributions to medicine and humanity”) has said to me at the end of virtually every conversation between us for at least 25 years: “peace” – and best wishes to you and yours for the New Year on behalf of the entire staff.

See you in San Diego!